Hit enter to search or ESC to close
News & Events 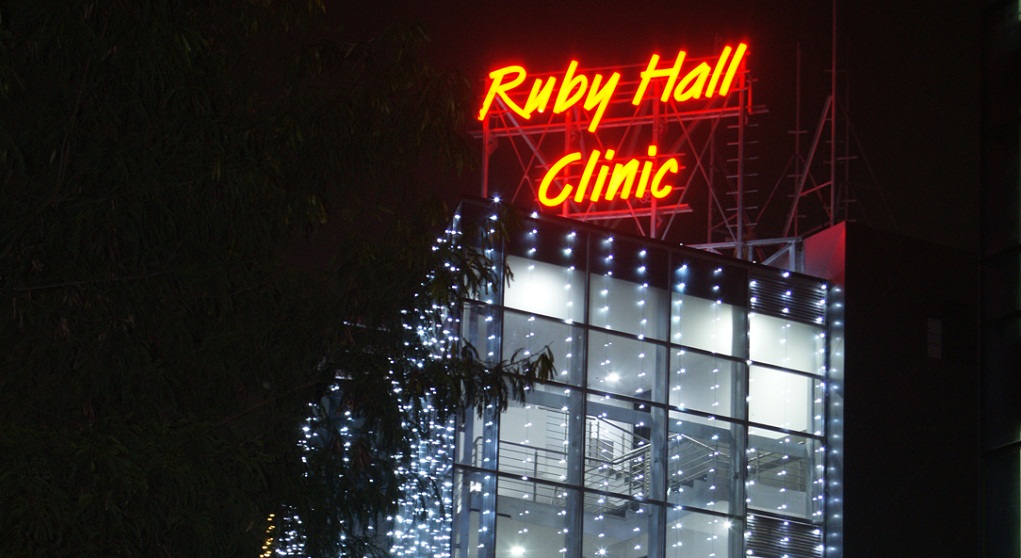 Hinjawadi, 1st October 2021: For 12-year-old Sarita Jamkar (changed name), every day was a struggle. Since the past few months, she had been battling severe abdominal pain.

“Sarita had even been operated on a few months back but found no relief for her symptoms. Over time, the pain grew unbearable and when she was once again unable to pass urine for a few hours we rushed her to the emergency room at Ruby Hall Clinic, Hinjawadi,” said her father Prakash Jamkar.

OHVIRA is an acronym for Obstructed Hemi-Vagina (wall of tissue in part of vagina preventing menstrual blood from flowing out of the body) and Ipsilateral Renal Agenesis (missing kidney). This congenital condition is extremely rare and is known to affect 1 in 10,00,000 females. It is characterized by the presence of a double uterus, an obstruction in part of the vagina, and a missing kidney on the side of the obstruction. Owing to its rarity, the condition is often misdiagnosed or remains undiagnosed till the mid 20’s the too early ’30s. Patients can present with a plethora of complaints such as lower abdominal pain, acute urinary retention (inability to pass urine), foul-smelling vaginal discharge, infertility, and chronic pelvic pain. Surgical management of the condition depends upon the severity of the problem, symptoms, and the patient’s age. Pregnancy is such cases is deemed high-risk due to compromised capacity of the uterine cavity and kidney function.

“In this particular case, the patient had a double uterus, double cervix, and vagina with the oblique vaginal septum (wall of tissue in the vagina). Diagnosis revealed that the right uterus was blocked by a wall of vaginal tissue but the left part was open. She, therefore, menstruated regularly from the left side, but never from the right. With each subsequent menstrual cycle, the blood accumulated in her genital organs (vagina, cervix, uterine cavity, and uterine tube). The blood accumulation was approximately 500 cc which led to pressure on her urethra (urination tube) leading to the inability to pass urine,” explained Dr. Tejas Gundewar, Male – Female Fertility Consultant & Advanced Laparoscopic Surgeon, Ruby Hall Clinic, Hinjawadi.

“Looking at her young age, the severity of her condition and after detailed discussion with her parents, we decided that the best course of action was to perform a hystero-laparoscopy. We removed the uterus of the blocked side as there was blood in the uterine tubes along with the evidence of endometriosis (a condition in which tissue similar to that which lines the inside of your uterine wall grows outside of your uterus). This decision was taken after intra-operative assessment & knowing the fact that her parents did not want a recurrence of the condition at any cost as this was already the second surgery young girl was undergoing. We reconstructed her vagina after removing the tissue wall in it.” Dr. Gundewar further added.

The surgery was performed by Dr. Gundewar, Dr. Mahindra Borse, and their team. Dr. Tejas Gundewar is a Male & Female Fertility Consultant at Ruby Hall Clinic. He is the 1st gynecologist from the state of Maharashtra & one of the first few in the entire country; to have accomplished the highest degree (M.Ch. in Reproductive Medicine & Surgery) & gold medal in the field of Male-Female Infertility, Sexual Dysfunction & IVF.

Dr. Sudheer Rai, COO, Ruby Hall Clinic Hinjawadi concluded, “We at Ruby Hall Clinic Hinjawadi are proud to be one of the very few hospitals in the vicinity with the expertise and equipment to diagnose and treat such a rare and challenging condition. The surgery and treatment have indeed shown a ray of light in this young girl’s life and we are confident she will go on to have a healthy future. It is precisely moments such as these that keep us doctors going and I couldn’t be happier with my team of doctors for successfully taking on this challenge.”

We are now available on mobile. Download our Patient Mobile Application